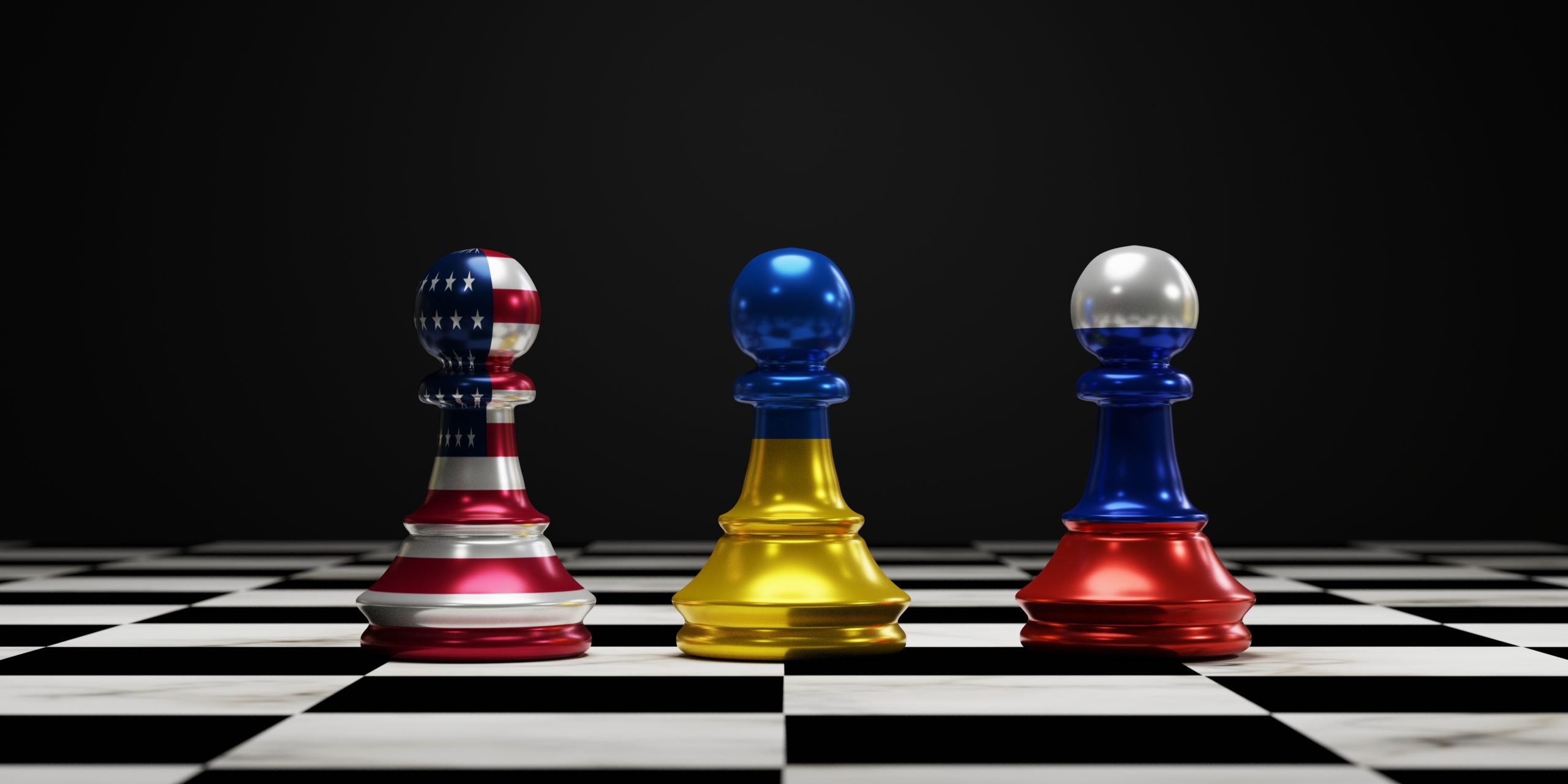 With the devastating ongoing war in Ukraine, one concern among investors is how this may affect their investments. Since the end of 2020, investors have grappled with several headwinds in the markets, from historically high rates of inflation to supply chain disruptions. Now, this geopolitical conflict has instilled more uncertainty into the minds of investors and has contributed to an escalation of volatility from the start of this year.  Although investing in such times as this can be daunting, to panic and sell because the stock market has dropped can be one of the most substantial mistakes an investor could make. Rather, volatility can provide long-term buying opportunities to invest in high quality stocks at attractive prices. Additionally, although past results are no guarantee of the future, historical events have shown that drops are often followed by steady gains. Trepidation is natural, but it may be comforting to be informed on how the markets have behaved in previous times of conflict and war. We will take a more in-depth assessment into the current situation, other factors that contribute to stock market volatility, and how the stock market has previously behaved in other wars.

Any declaration of war has global repercussions, but it is important to note that there are a variety of other factors that are responsible for stock market behavior. Currently, many areas of the market have already fallen into correction territory, with the Nasdaq 100 index hitting the bear market level. On the contrary, defensive and energy stocks have recently performed well. Many investors have begun putting their trust into precious metal investments, such as gold, which may add protection to a portfolio during times of uncertainty. Some investors believe that Bitcoin is comparative to digital gold.  They believe it will act as a hedge against inflation and serve as a diversifier to stocks; however, in recent times, Bitcoin prices have been highly correlated with stock prices.

The United States and other nations have issued sanctions against Putin and Russia, in an aim to erode their economy as punishment for the invasion of Ukraine. Given that Russia is the world’s third-largest oil producer, these sanctions may elevate energy prices even higher while threatening the global oil supply if Russia shuts off pipelines or suffers infrastructure damage. Upon Russia’s invasion, many commodity prices, including oil and grains rose. Furthermore, the pandemic has already significantly affected the global supply chain and a full-scale conflict may further disrupt it, adding to the high prices. If the ports surrounding the Baltic and Black Seas are interrupted, the shipping crisis may further continue. The Biden Administration has enforced other penalties as well, including the blacklisting of major Russian banks to hamper their ability to globally operate, a travel ban and asset freeze on Putin, and export control on specific technology products to Russia. Other factors relating to a war that will affect stock market behavior include the nations involved, location of the conflict, when it is occurring, length of conflict, and the public support for a war. Typically, when a conflict lasts longer, the market will reflect less of its impact. The increased likelihood of an armed conflict tends to decrease stock prices, but it does this even more so if this conflict is unexpected and comes as a surprise.

Skeptical investors often panic and sell their investments in volatile times due to the fear that a war will have a long-term negative impact on their portfolio. However, this is a common misconception because generally, U.S. stocks will plunge at the outbreak of war and then they typically recover. To examine this, we can take a deeper look at previous periods of wars and how the stock market has behaved. This may act as a gauge to be better informed on what to expect in regards to the crisis in Ukraine. Although we can look at historical events, it is important to note that this does not guarantee the future, there are other factors influencing the stock market, and the global economy may have looked differently depending on the time period. With the beginning of World War I in Europe, investors became spooked which resulted in panic selling. The DJIA dropped 30%, so in order to maintain stability, the New York Stock Exchange was shut down for months. Eventually, the markets reopened and the DJIA increased by 88% before suffering from 1917 to 1918. In mid-1919, the markets underwent a tremendous recovery. World War II was the most expensive war to date which threatened the economy. However, at the end of the war in 1945, the DJIA was up by 50%, which is equivalent to about 7% annualized growth from 1939 to 1945. The Korean War, which came as a shock to many, resulted in the DJIA dropping by 4.7% on a single day after North Korea’s initial attack. Additionally, consumers had to deal with inflation near 11%. By the end of the war, the DJIA was up close to 60%, which is an annualized growth rate of 16%. The DJIA fell over 5% in the first few days of the Cuban Missile Crisis in October 1962 but gained nearly 17% from there to end of year. One of the most unpopular wars in U.S. history is the Vietnam War. In 1965, U.S. troops entered Vietnam and the last troops left in 1973. During this time period, there were many drastic events that occurred, including a mild recession in 1970. However, when looking at the bigger picture, the Dow actually grew 43% during these years, producing a mild annualized return of about 4%. More recently, the war in Afghanistan is more difficult to assess due to its prolonged lifespan and the events in between. However, one takeaway is that defense stocks outperformed the larger market by 58%. Of course, the major caveat in the historical data is that there has never been a direct war between two nuclear powers. However, overall, historically stock prices tend to decline in the pre-war phase and typically recover quickly. Pre-war volatility does not generally last, and investors can experience buying opportunities and long-term stability. For investments, panicking and selling has typically been proven to be one of the worst actions you can take. Times of uncertainty are frightening, but most investors will receive even harsher losses if they cannot be patient and go through periods of turbulence to experience the long-term gains. In conclusion, investors need to be patient and exchange short- term pain for long tern gain.

Ben Carlson. “The Relationship between War & the Stock Market.” A Wealth of Common Sense, 14 Jan. 2020, https://awealthofcommonsense.com/2020/01/the-relationship-between-war-the-stock-market/.